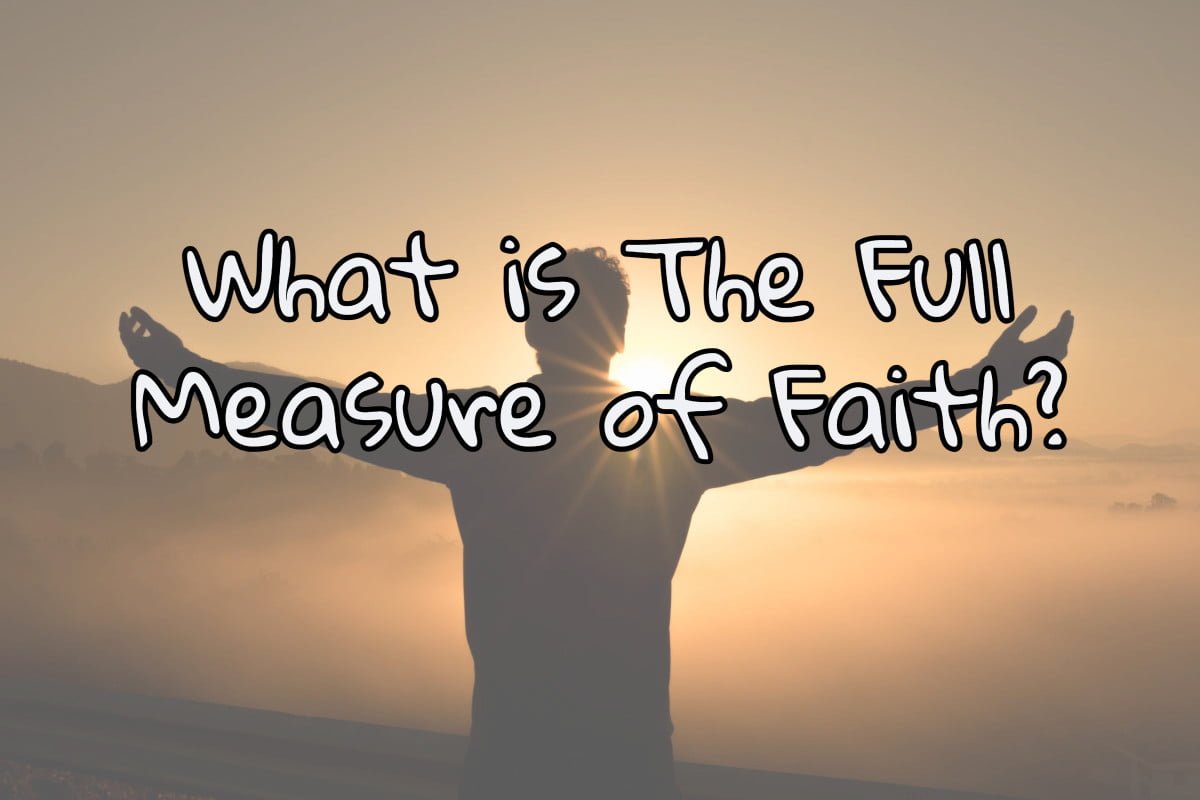 How does Faith relate to Truth?

One theory, religion, is based solely on Scripture of its kind and on Faith. The other, science, is based solely on conjecture and theories. Just as this Earth’s religions are divided on what is the truth, so, too, are this Earth’s sciences. One thing, one very startling thing, out of all this division, strife and multiplicity of theories, is the fact, the Truth, the stark reality that no one knows who or what this thing called God, etc., really is or isn’t, just as none of us on this Earth actually knows who or what Man really is! And nobody knows the source of God or Man on a provable level!

This is the bottom line, the bare facts, the actual reality and the Absolute Truth of where such matters stand today. In the beginning a Mystery and even Now, Right Now, still a Mystery! Faith and Theory are as far as mankind has advanced since the very Beginning, of which there seems to be no dispute that it all did have a beginning. There is though, in some circles, a belief that Life of some sort or kind has always existed, the “no-beginning theory” and therefore the belief that there can never be an end. There is also the theory that everything that has a beginning, therefore, must have an end.

Faith is “trust.” Religiously, it is an “unquestioning belief in God.” Theory is “to view.” Popularly, a mere conjecture, or guess. It is also a speculative plan as to how something can be or is done, without doing it. Superstition is “to stand.” It is any belief based on Fear or Ignorance or a belief in the Supernatural!

Religion means “to bind.” Actually, the Latin word “religio” has no meaning or, as yet, is unknown. Religion also means a belief in a superhuman or a supernatural (spirit) being. It also means faith, and faith in its pure religious meaning also translates out to theory and speculation and a guess! Science means “to know.” Originally knowledge. It should also be understood from the viewpoint of theory that it is also fiction. Yet there exist some theories based on actual phenomenal happenings which are in a class by themselves and which we must not label as fictitious or speculative at the present time.

There is No Reward in finding Faith. The reward comes from, or lies in, what we do with it.

The Full Measure of Faith

Faith, as explained above is a speculative, emotional belief; actually, then, a theory in and of itself. Yet there is another kind of Faith, one that is not based on speculation, on chance, on the emotions, not a mere belief in a preconceived idea, but a Faith based on fact, on Reality and on Truth – a Faith that is not based on Trust alone, on scripture or a religion or philosophy or a science. We know this outstanding and unquestionable and unbeatable Faith as The Full Measure of Faith, based purely on Knowledge, or to be more exact, and to steer clear of Gnosticism, it is Faith based on Wisdom, Understanding, Knowledge, Intelligence, Love and Spiritual Revelation! The Full Measure of Faith, when acquired, is unique in that it allows us, as individuals, to become our own best witness. No “blind faith” here, no emotional faith here, no false faith here, no faith based on theory, speculation, guesswork or chance or maybe’s. No superstition, no fear, no ignorance. No science, no religion, no nonsense, no foolishnesses, no doubts.

What is the Full Measure of Faith?

Above all things, the Full Measure of Faith is the Way to the “putting on” of charity, the bond of perfectness, the fulfilling of the Commandment of Love, i.e., “Love one another as I have loved you”!

The advantage of the acquisition of The Full Measure of Faith

Simply put, it enables such a one to secure an answer to such a question, for example, as “What is this Image of God?” (as in Gen. 1:26-27). Right off, those who have been following the Message diligently will say, Christ is The Image of God, the Spirit Image of The Invisible God, with Form and Structure, and that would be correct, as far as it goes, but it doesn’t go far enough. Let me enlighten you. Our True-Self, our spirit, is the image of Christ and that leads us to our physical-material-matter selves. How do we fit into this “image of”? God Is LIFE – I am Life, that’s one comparison. LIFE is Invisible – I am visible, that’s not a comparison, but my True-Self is invisible and that is.

The image of LIFE (God) is in all men and women:

God is Spirit and therefore, God must be Worshipped and Glorified in The Spirit!

Paul was the only Apostle who wrote letters. He was highly educated for his time and a linguist. He was also a Spiritual Genius and a Mystic and the only Apostle, in fact, the only writer in the New Testament Canon, to speak of the Full Measure of Faith. Jesus never mentions it directly but implies it in many exchanges with those who were ill or dis-eased and their Faith made them whole while in some cases it took more than just faith to bring about the desired results. It required “fasting” (from the carnal) and “prayer” (meditation and cogitation) and “knowledge” (Creative Thought) on the part of the healing medium, all of which are segments of the Full Measure of Faith.

The Message of I Paul is primarily about two basic truths. 1. Proof of Life after death. 2. Personal spiritual needs in tandem with the collective human needs. In The Message of I Paul and in the message that Jesus taught, Men-Women are called to live in two worlds at the same moment: 1. The… 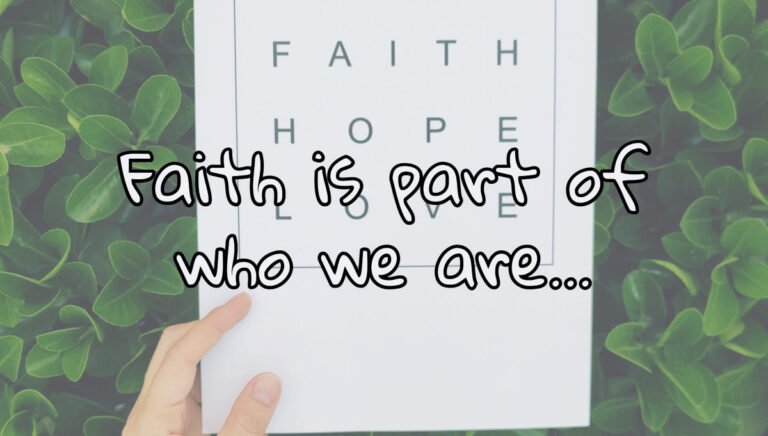 Faith exists naturally rather than being acquired, existing then, as an inherent attribute. It is this Faith we give each other in the belief, credit, and trust which is the bond of all society. On it, all Science, all government, all commerce, all covenants of daily intercourse are based. Without it, the fairest share of… 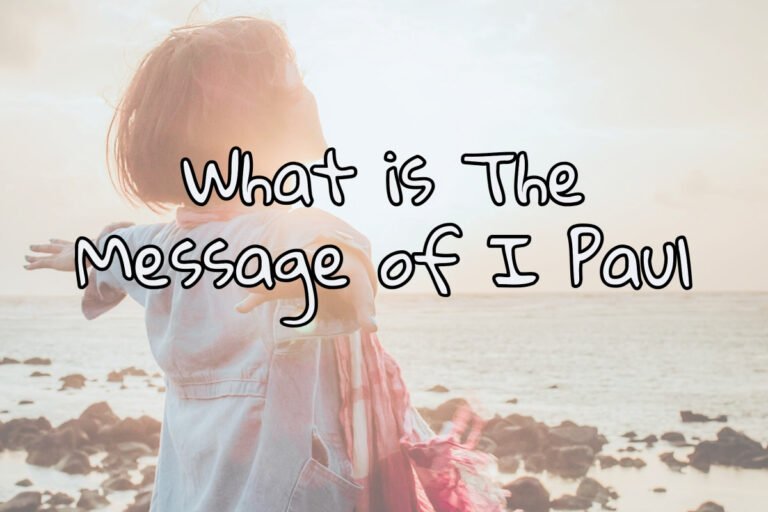 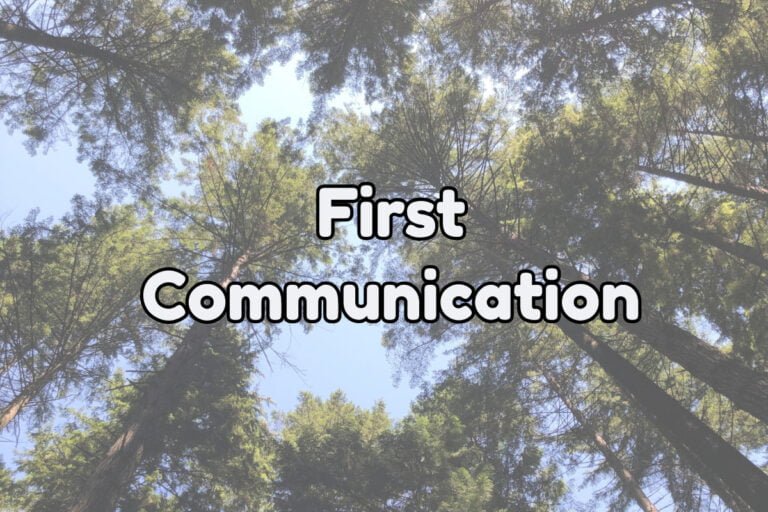 Communication Number One The soul or spirit of consciousness comes from God. Starting from life’s experiences on earth and continuing in spirit planes after the transition of death, each individual is in a process of evolution, and he must eventually improve himself to the point of sublimity. He is created for one purpose. To return…